Click Here to Read Our Reviews.
Over 30+ Years of Experience

A+ Rated
With the BBB

We are an A+ Rated Member of BBB of West Florida, & Pinellas Chamber of Commerce, and can provide excellent references upon request.

We offer senior discounts and are always honored and privileged to give discounts to our Veterans.
Contact us today at 727-314-7000.

Specializing in Emergency work for Homeowners , Realtors,Buyers, Sellers, Inspection Reports, Insurance Work On Time very efficient with lots of attention to detail. We are the best at keeping you on time on budget and HAPPY!!! 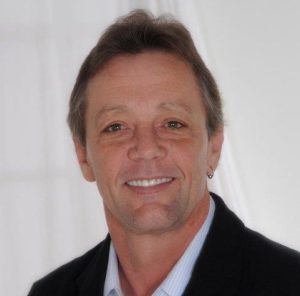 See what all of our recent clients are saying about our work!

Read Our Reviews
In September of 1982, Mr. McAdams relocated from Nashville Tennessee to Santa Clara California. This move was due to giving his only daughter a better education in the State of California. Initially in his career he has founded Quality Impressions, a full service commercial printing company, serving most of the fortune 500 companies from Silicon Valley. This experience taught him how to run a business and dedicate his talent to making sure that he always put his customers first. He ran Quality Impressions until 1996. Then he sold it in 1997.
In 1995, Mr. McAdams built the largest online brokerage firm in the bay area – Pacific Online Trading and Securities. This company was a licensed equity, option, and futures trading company. This firm, Pacific Online, was a licensed Broker Dealer in 12 states Mr. McAdams held the following licenses to own this company in all 12 states. The licenses he held were: NASD Series 63(state License) Series 7 (Registered Representative), Series 24 (Registered Principle), and Series 55 (Electronic Trading Principle) Series 4 (Options Trading Principle). The firm serviced nearly a thousand direct access traders. He also built at the same time the largest online stock trading school in California – Electronic Trading Services. He sold these companies in 2002.
In May of 2002, Mr. McAdams began his studies in the Contracting business and took and passed the California B – General Contractors License. During the same year he also acquired the C-47 Modular Home license and the C-46 Solar Contractor license. Repair Wizards joined the Better Business Bureau in 2003 and quickly became an A+ Rated member of the Better Business Bureau in California. In 2004, Mr. McAdams expanded his business by taking the Florida State Wide Certified Building Contractors license and passed the exam first round. Repair Wizards (Florida) is a Member of Better Business Bureau of West Florida A+ Rated. A complaint has never been issued. Mr. McAdams or Repair Wizards. He also took and passed his Residential Small Commercial Contractor license for the State of Tennessee, joined the Better Business Bureau of Middle Tennessee where his company quickly acquired an A+ Rating in Tennessee as well, also without a complaint ever.
Repair Wizards is also a member of Angie’s list independent in each state that it holds a license. Furthermore, due to reciprocal agreements, Repair Wizards is allowed legally to operate in 11 states nationwide.
Mr. McAdams also bought and fully remodeled 2 Air BNB /VRBO businesses in Nashville Tennessee. It has been hugely successful and has a total of 17 Five star reviews. This is a direct result of Mr. McAdams business philosophy. The customer is the most important part of any successful business. Our Mission for every one of the successful businesses we have founded focuses on using one basic rule of thumb.
The most important part of our job is doing what is right to keep all of our customers happy.